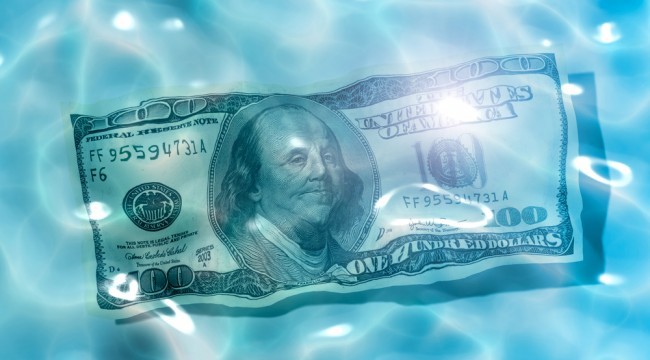 ‍1 - A new Introduction to Water

In the emerging assets industry, attention has steadily been directed towards water as a profitable

investment. Demand for water has been growing in the last few decades due to an expanding global

population. However, with the rise of climate change and the urbanisation of natural soils, water supply has

been continuously declining. As a result, water is gradually becoming a scarce resource and therefore more

valuable. Consequently, water is often presented as the oil of the 21st century and a high growth investment

In order to understand how water is progressively becoming an emerging asset, it is essential to grasp the

nuances of different water sources. Indeed, financialization of water only applies to a very small portion of

the global water supply, which is fresh water. The vast majority of the water on earth, 97,5%, comes from

saltwater oceans. This means that only 2.5% of global water supply is fresh. But most of this fresh water is

Series, 2013). This leaves a very modest portion, around 0.5%, available for human consumption. However,

once this fresh water goes through the process of filtration and sanitation, only 0.007% is left (World Health

Organization). This means that 0.007% of global water supply in the world is potable water (i.e. safe for

warming, which speed up the process of water scarcity. Pollution, for instance, participates in turning fresh

water sources toxic. In Global South nations 90 to 95% of sewage is discharged directly into rivers, lakes or

coastal waters without being treated (UNDP, 2006). As a result, this contaminates water supplies which in

turn become unusable. This is showcased through the Allianz Global Investors White Paper Series which

highlights how 80% of rivers in China are too toxic for fish to inhabit (UNDP, 2006). Regarding climate change,

stakes are particularly high for Global South nations considering temperatures there are rising the most. This

engenders water scarcities which are already turning into humanitarian disasters in some regions, such as

Madagascar. There, more than 58% of the countries’ people are currently lacking access to safe drinking

water and nearly half of all households live without sanitation facilities (Harding, 2021). As a result,

insecurity after years of droughts and no rain. Thus, water scarcity will be augmented as the availability of

fresh water will decline and the demand rise with the population growth of the upcoming decades. Indeed,

by 2030, water global demand is expected to rise and exceed available supplies by 40% (Allianz Global

Water scarcity is particularly worrisome as it will lead to tremendous losses in terms of human, economic

and financial capital. Indeed, water-related losses in agriculture, health, property and income will lead to a

decline of 6% in GDP with some countries seeing losses up to 7%. With the current state of water sanitation,

we are witnessing 675,000 premature deaths annually, a number which will continue to rise. Moreover, over

sanitation compatible with SDG6. According to the United Nations, by 2025, two thirds of the global

population will face water shortage and 1.8 billion people will be living in “absolute water scarcity”. These are

yet another situation which have worsened with the sanitary crisis. As a result, water availability is a global

issue that needs to be tackled now to anticipate and prevent the famines, diseases and wars that could arise

One solution that has been identified as a means to solve this issue is leveraging financial instruments. Firstly,

the nature of water and its specificities contribute to its worth. One important characteristic is that water has

no substitutes and cannot be replaced, giving it a monopoly with no potential entrants. Financially, this is

revenues. Water is also a finite resource which is limited in time, making it an increasingly scarce asset.

equilibriums and consequently higher revenues. Additionally, with the rising global population, demand for

and consumption of water will continue increasing. For example, water used for human activities grew by

600% over the course of the 20th century. Therefore, water is an attractive investment as it would be a

reliable stream of revenue overtime. Moreover, decreasing water supply is also strengthened by the lack of

investments in adequate infrastructure. Especially in Global countries where many crises will arise as a result

of too modest investments. But such events can be prevented as the benefit-cost ratios for investments in

water sanitation services have been reported to be as high as 7 to 1 in Global South countries. Investments

are a solution thus a solution, but they need to outstrip the current flows. Hutton and Varughese estimated

in 2016 that the present value of the additional investments needed until 2030 to achieve SDG6, which

corresponds to universal and equitable access to save water for all, is equivalent to 1.7 trillions USD. This

corresponds to about three times the current investment levels. As a result, treating water as an asset could

of risk and availability.

Discover these topics in the full research paper:

1- A new introduction to water

2- Products available to invest in water

6- Continuity; roles and future developments of the industry

AIS Pulse | What are NFTs anyway?