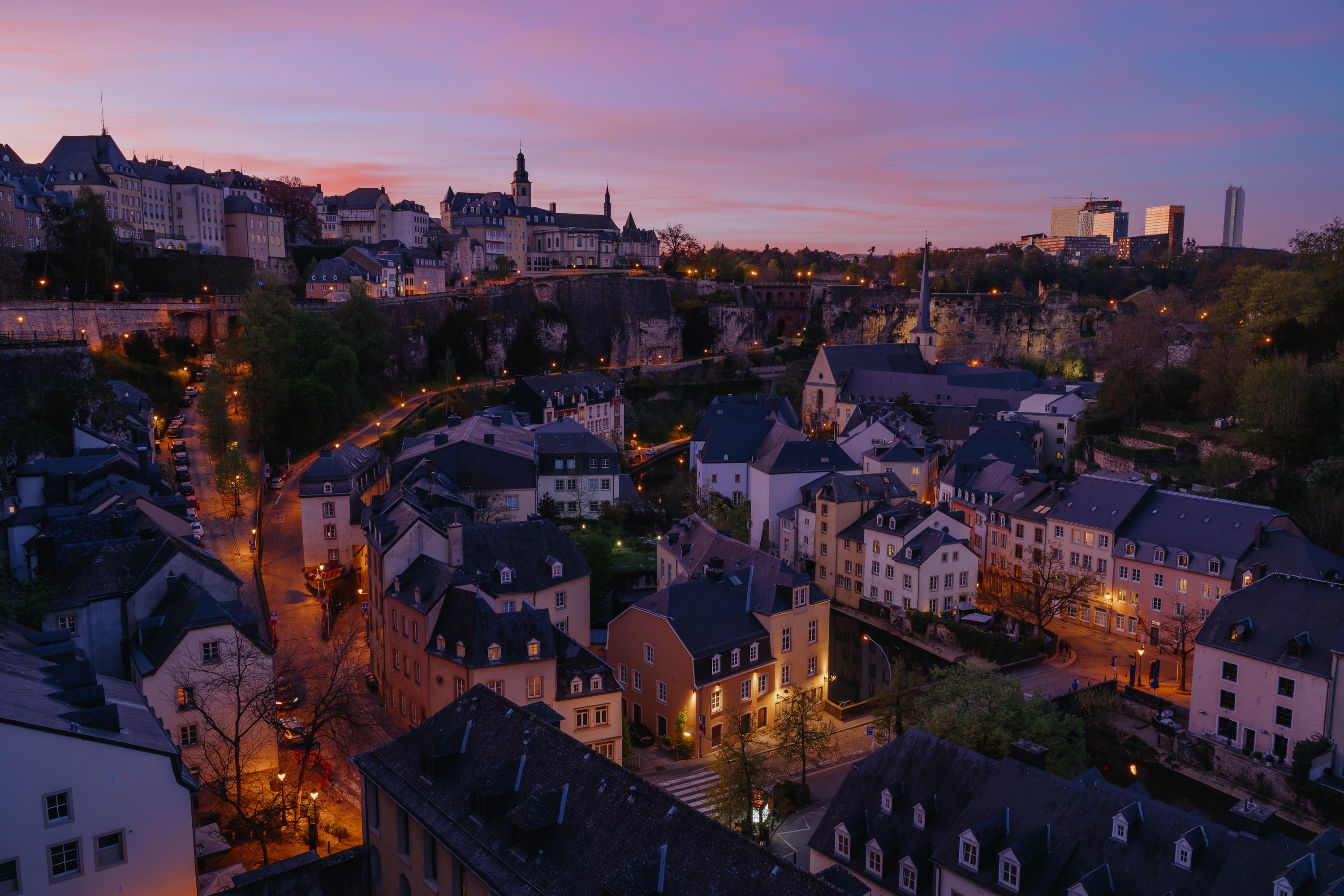 What defines Luxembourg as a financial center? How come such a small European country is so important in the financial services industry? What does the future hold for PE, the fastest growing asset class in Luxembourg?

The PE Team from the Alternative Investments Society reached out to Monsieur Nicolas Mackel, CEO of Luxembourg for Finance, to answer these questions, better understand Luxembourg’s finance industry and gather what made Luxembourg the financial player it is today.

What is "Luxembourg for Finance"?

Luxembourg for finance is the development agency of Luxembourg’s Financial Centre. It is a public-private partnership created 14 years ago by the Luxembourg Government, more specifically, by the Ministry of Finance, the financial industry associations and federations as well as the Chamber of Commerce. Its mission is to develop Luxembourg’s financial service industry, identify new markets in a geographic and thematic sense, and bring new actors to Luxembourg.

The Luxembourg financial services industry garnered momentum in the mid-1970s, replacing the steel industry as a core pillar of the economy. Luxembourg currently offers a wide range of financial services and is a truly global hub for international fund distribution as it captures 58% of the global market share in cross-border investment funds. Its private equity industry is one of the most dynamic in the world, with more than 4,800 funds managing an estimated €400bn in assets and 18 of the top 20 private equity firms operating in the country. Luxembourg has succeeded in creating an ecosystem that is highly attractive, becoming Europe’s number one investment fund center.

Key characteristics that define Luxembourg as a financial center

The article is broken down into questions, some of which we asked Mr. Mackel directly and others that were shaped by the extensive and useful content he shared with us. We would like to sincerely thank Mr. Mackel for his time and valuable insights.

What is the core pillar of Luxembourg as a financial center?

Luxembourg is not a trading hub, it is not an investment banking hub, rather, it is a structuring hub that helps companies conduct business and navigate across jurisdictions (cross-border). Companies do not set up their funds in Luxembourg if they are to be solely distributed in one jurisdiction.

“Luxembourg really is a one-stop-shop, where asset managers find the relevant people that help them setup funds in a way that will be compliant across [national and international regulations].” - N.M.

The industry’s ability to competitively provide these structuring services looks back on 40 years of experience working with regulators and relies on a concentration of multilingual experts. In the city of Luxembourg, 65% of the population are non-nationals. Over the last 30 years, Luxembourg also built up a regulatory framework that is perfectly equipped and geared to support this specific activity. For instance, in 2012, Luxembourg created the “Special Limited Partnerships”, which is by and large the English Limited Partnership translation into a continental legal framework.

What makes Luxembourg so attractive?

In addition to the large pool of professionals, Luxembourg provides an outstanding macroeconomic environment, notably characterised by its long-term economic, political, legal and fiscal stability.

Luxembourg’s robust and thriving economy acts as a foundation to foster an investor friendly environment. Its economy is consistently ranked in the top 25 for competitiveness globally, top 10 highest GDP and GNP per capita, and its economic growth is consistently among the strongest in the EU.

Ranked 3rd out of 131 countries in terms of political stability, by Cornell University, INSEAD & WIPO (2020), Luxembourg boasts one of the lowest numbers of working days lost through industrial action in Europe.

Finally, Luxembourg’s stability and standing are reflected by its AAA rating, a coveted status shared by only nine other countries, and low public debt, at 24.9% of GDP, compared to a European Union and G20 average of 90.7% and 137.2% respectively. Luxembourg is also reputed as providing a stable tax and legal framework, supported by long-term focused government policies.

How does Luxembourg manage its ability for rapid and innovative responses to new trends?

In contrast to larger countries, where bureaucracies tend to be extensive, small countries like Luxembourg can benefit from leaner and thus more agile decision-making.

“What has always worked for Luxembourg is that we knew how to leverage our smallness in terms of efficiency.” - N.M.

What role does Taxation play in Luxembourg’s success as a financial center?

“Even if you bring your money to Luxembourg, you will pay your taxes in your country, automatic exchange of information makes that unavoidable.” - N.M.

Today, anybody who has an account in Luxembourg or who holds other financial products via a bank, insurance company, broker, or asset manager, will automatically see their information relating to their accounts (not only the revenue but also the general information) transferred to the Luxembourg tax authorities. In turn, they transfer it to the local authorities in the country of residence of the asset holder.

Nevertheless, the tax framework remains a key component of Luxembourg’s attractiveness. It rests on an extensive double tax treaty network, a set of competitive tax rates combined with low social security charges, a low VAT rate, and effective carried interest structuring. The stability of the fiscal framework also plays an important role, as portrayed by the latest budget, where neither new taxes were introduced nor the corporate income tax legislation was amended. This budget shows again the general stable approach that Luxembourg has decided to keep.

What are the major trends that have shaped Luxembourg’s financial ecosystem?

Luxembourg was again quickest to seize the opportunity offered by the development of a pan-European market for funds, proposed by Jacques Delors in his white book. It was first to transpose the UCITS directive in 1988, creating a pan-European product, which would become the main investment fund structure in Europe. As many other big actors, such as the Swiss, American, and the British, Luxembourg understood that there were gains in efficiency to set up funds in one place in order to distribute them in multiple others.

Luxembourg then built up this ecosystem with the right people in the industry, that is, advisors, consultants, lawyers, and regulators, who really understood the difference between national and cross-border business. In addition, the ecosystem required the right setup to develop a talent pool whose expertise spanned across multiple jurisdictions, but also who understood the different investment and consumer cultures. “That is what we built up over all these years.” - N.M.

Who does Luxembourg compete with?

As Mr. Mackel rightly put it, Luxembourg is a specialized workshop, “un atelier specialisé” and, ultimately, the competitors tend to vary on a per activity basis. For the fund business in general, Dublin seems to stand as the top competitor for Luxembourg[1]. For private banking, however, Switzerland would get this honour[2], while in alternative funds, London is traditionally the most vibrant financial centre[3]. However, Paris is also becoming increasingly more attractive for alternative managers, as reflected by Blackrock setting up its European alternative investment fund management company in Paris. This competition, however, should not be seen as a win or lose game, but rather, Luxembourg's unique expertise helps firms grow internationally. Therefore, setting up a fund in Luxembourg does not equate to a business loss for the home country.

“I think that's the beauty of it, many of our financial centers are complementary and it is not a 0 sum game.” - N.M.

How is the private equity industry likely to evolve in Luxembourg (and in Europe) ?

Globally private equity has seen a massive inflow of money over the last years, primarily because of a low interest rate environment. In Luxembourg, private equity is the fastest growing asset class with a year on year increase of 17.8%. “This will continue as long as we continue to live in a low interest rate environment and probably beyond.”- N.M.

Another trend to observe is the democratization of private equity. Considered for a long time as an asset class accessible only to specialised investors and high net worth individuals, it is becoming more and more accessible to a larger public, with many banks and financial institutions starting to offer access to private equity funds on a larger scale.

“[The] appetite for higher yielding investments and the risk that goes with it, that I think will stay.” - N.M.

Therefore, regulators and standard setters are likely to increase their oversight over the industry in order to ensure that investors will be properly protected.

Are you interested in working in Luxembourg or are you simply curious to learn more about it?

Take the leap! Luxembourg's financial industry is full of opportunities for young graduates and provides an excellent environment from which to launch your international career (for all the reasons listed above). You will find all the relevant information on LFF’s website or those of the two relevant trade associations Alfi or LPEA, the Luxembourg private equity and venture capital associations. You are greatly encouraged to reach out to them!

[2] Switzerland is the global leader incross-border private wealth activities with a market share of 24%(https://www.ebf.eu/switzerland/)

[3] London is responsible for about half ofdaily forex worldwide trades (https://www.theglobalcity.uk/global-financial-centre).